Energy is a commonly used term in our daily lives, but it has a specific meaning in physics. It is defined as the ability of a system to do work, and there are different forms of energy found on earth, such as the sun. In physics, energy is a measurable property that can be transferred to perform a task. Energy cannot be destroyed or created, only transformed from one form to another. The standard unit of energy is the Joule. In summary, energy is the capability to perform any physical activity, and it can be converted but not created or destroyed.

Energy takes on different forms, such as light, heat, mechanical, gravitational, electrical, sound, chemical and nuclear energy. These various forms can be transformed into one another. Even though there are many forms of energy, the two main types of energy are kinetic and potential energy. Kinetic energy refers to the energy possessed by an object in motion, such as mechanical or electrical energy. Potential energy, on the other hand, is energy that is stored and can be used in the future, like nuclear or chemical energy.

As the world’s energy demands continue to rise over the next ten years and with the finite availability of fossil fuels, it is imperative that we identify the most reliable sources of energy to sustain the growing population. The ideal energy source should be dependable and have a minimal environmental impact. While there are several energy options, the question remains which one is the most trustworthy and stable source to rely on?

At present, nuclear power is the most trustworthy source of energy. It has consistently provided the US with over 20% of its annual energy needs for the past 30 years. Nuclear power plants have a capacity factor of 90%, which means they are 2x more reliable than natural gas and coal and 2.5 to 3.5 times more reliable than wind and solar energy. Following nuclear, the most reliable energy sources are natural gas, coal, hydropower, wind and solar, in decreasing order of reliability.

Nuclear Power (Energy) and Its Reliability

Nuclear energy refers to the energy stored within the nucleus of an atom. Atoms are the fundamental building blocks of all matter, and the strong force is what holds the nucleus together. This energy is incredibly powerful and is harnessed through the process of nuclear fission, in which atoms are split to release energy, which can then be converted into electricity. A nuclear reactor, or power plant, is a system that harnesses the energy released during nuclear fission to generate electricity. The fuel used in these reactors is typically pellets made of the element uranium. Inside the reactor, atoms of uranium are induced to split apart, releasing tiny particles called fission products. These fission products, in turn, cause other uranium atoms to split, creating a chain reaction. The energy released during this chain reaction generates heat which is then used to produce electricity.

For the past 60 years, nuclear energy has been a stalwart contributor to the American energy landscape, consistently delivering reliable, carbon-free power to a significant portion of the population. It has been responsible for generating around 20% of the country’s power annually since 1990. Nuclear energy possesses the highest capacity factor among all different forms of energy sources. This indicates that nuclear power plants are able to produce at or near maximum power for over 92% of the year, which is approximately twice as consistent as natural gas and coal-based plants and three times more reliable than wind and solar power.

Nuclear power plants are usually used more frequently, as they involve less maintenance and are built to run for longer periods before refuelling (usually every 1.5 to 2 years). In comparison, natural gas and coal power plants tend to have a lower capacity factor due to the need for regular maintenance and/or refuelling. Renewable energy sources like wind, solar and hydroelectric power are considered to be intermittent or variable due to the fluctuation of their fuel sources. As a result, these plants require a supplementary source of power, like large-scale energy storage that is not yet commonly available on a grid scale, or they can be combined with a dependable base-load power like nuclear energy to ensure the stability of the power supply.

A standard nuclear reactor has the capability to generate 1 gigawatt (GW) of electricity. However, replacing it with a single 1 GW coal or renewable plant is not an equivalent substitution. Based on the capacity factors outlined earlier, to generate the same amount of electricity to the grid, one would require nearly two coal plants or three to four renewable plants with an individual capacity of 1 GW.

Despite being highly dependable, nuclear energy comes with a number of serious risks related to its production. One of the most significant issues with nuclear power plants is the handling and management of radioactive waste, which can pose harm as it decomposes into dangerous subatomic particles. Additionally, there is a risk of accidental radiation leaks and the potential for large-scale accidents at the plant, which can have catastrophic consequences.

How Can I Perform Online Casino Slot Properly? 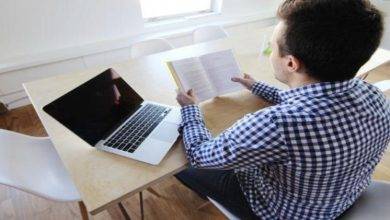 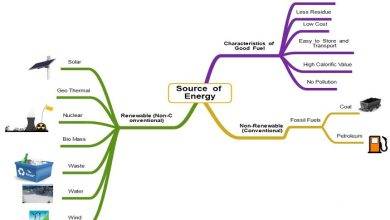 Class 10 Science MCQs on Sources of Energy and Natural Resources

Tips to Learn English Swiftly as your Second Language at Home